Originally from Sainte-Ursule, Mauricie, Charles-Etienne lives and works in Quebec City. His artistic practice revolves around digital drawing and comes in the form of prints, books, web art, animated GIFs and short films. He has accumulated various participations in collective events and exhibitions, notably at ARPRIM in Montreal, at the Manif d’Art in Quebec city, at the Foire d’art actuel de Québec, at L’Oeil de Poisson and at La Chambre Blanche in Quebec city. In the spring of 2017, he was in residence at the Caravansérail artist center in Rimouski. He was the recipient of the Videre Award in 2016.

Geneviève is an artist, researcher and independent curator. She holds a doctorate in art studies and practices from the Université du Québec à Montréal (UQAM), for which she was awarded the J.-A. Bombardier SSHRC Fellowship. In the context of a postdoctoral fellowship in museology and heritage, funded by the FRQSC, she co-directs an issue of the journal Muséologies as part of the activities of the research group CIÉ/CO (Collections and imperative events). She has been an artist in residence at the Center for Contemporary Arts in Glasgow (CALQ), the Banff Center and the Vermont Studio Center. Her work was presented at the Baie-Saint-Paul Symposium (2016), at the Lachine Museum (2015), at La chambre blanche for the Manif d’art 7 in Quebec City (2014), and it will be presented soon at the Musée de Rimouski in 2018. She has published articles and reviews in journals specializing in contemporary art. She is a lecturer at the School of Visual and Media Arts at UQAM and at the Université de Sherbrooke.

To support the diversity of new and critical practices of the present-day that employ, interrogate, reconstruct or revisit the very idea of the Digital and its tools, Sporobole has recently launched a new artist-in-residency program for experimentation, professional development and production in virtual reality. Intended for artists working in every discipline, the goal of this program is to provide artists with a space for experimentation leading to the development of artistic and critical approaches in virtual reality.

The program offers a balanced approach between theoretical and practical training, aesthetic and technological experimentations and development of knowledge concerning the issues, limitations and possibilities of the medium. This nine-week artist-in-residency program was held from March to late August.

With this project, the artist is interested in the theme of work, an activity paradoxically celebrated by society and criticized when it arouses fanaticism and encourages inequality. The main feature of the work is based on a procedural generation program. Using this type of algorithm, the work offers the viewer an infinite number of rooms reminiscent of offices. As the spectator moves forward, he or she will be able to discover new rooms, whose configurations will always be different from the previous and the following ones. These work rooms are placed inside a virtual space that recalls the passage of the day, in order to aesthetically highlight the passage of time. Voluntarily borrowing the style of a video game, the artist encourages spectators to see this walk as a fictional adventure while stressing that the new arrangements of rooms will never be more than the result of a calculated chance. 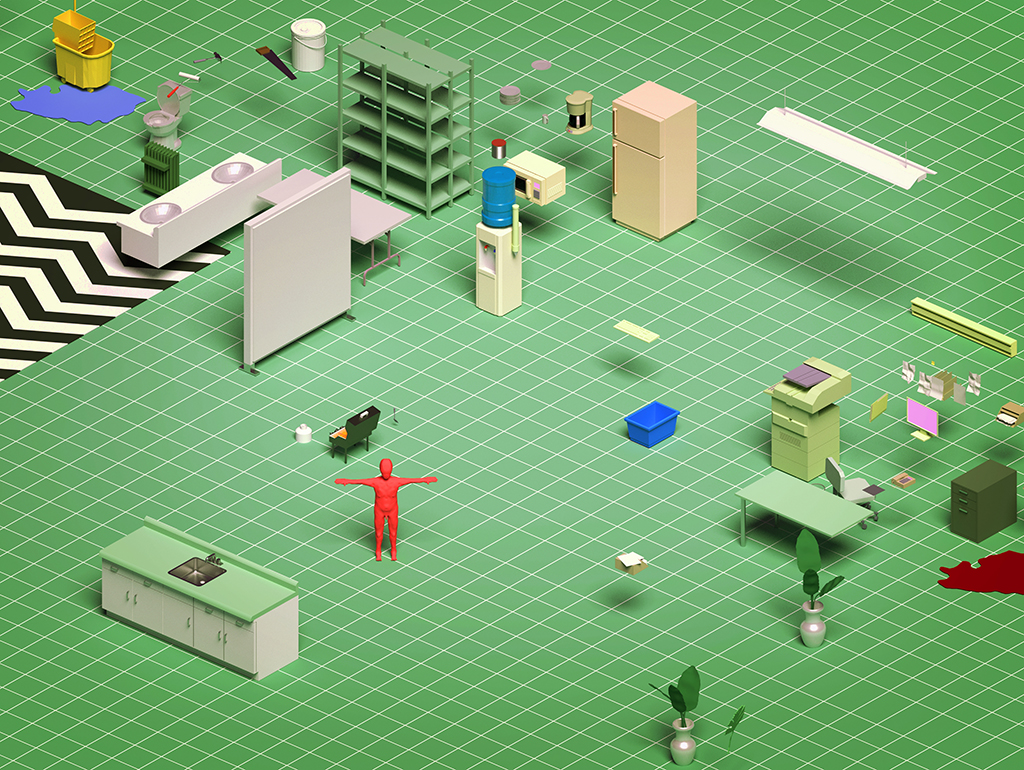 The beginning of the L’Herbier et son Double project includes stereoscopic images filmed in 360 degrees as well as modelled elements. The work is anchored in the Marie-Victorin Herbarium of the Institut de recherche en biologie végétale de l’Université de Montréal. Founded in 1919, the Herbarium is one of Canada’s major scientific collections: 700,000 plates are preserved there. The project is based on certain natural ecosystems visited by Brother Marie-Victorin (born Conrad Kirouac, 1885-1944) during his innumerable herding expeditions. We find here a group of botanists and artists who visited Marie-Victorin’s last herbization on July 15, 1944, in Black Lake.

The work focuses on the Herbarium’s collection, its functioning and materiality, and its use for research purposes – notably around climate change. Indeed, the herbarium can become a tool to go back in time and compare the stages of seasonal plant development over decades. This is how it makes it possible to study the phenomenon of phenological dyssynchrony, an observed shift that is gradually established between the stages of development of different species composing an ecosystem. 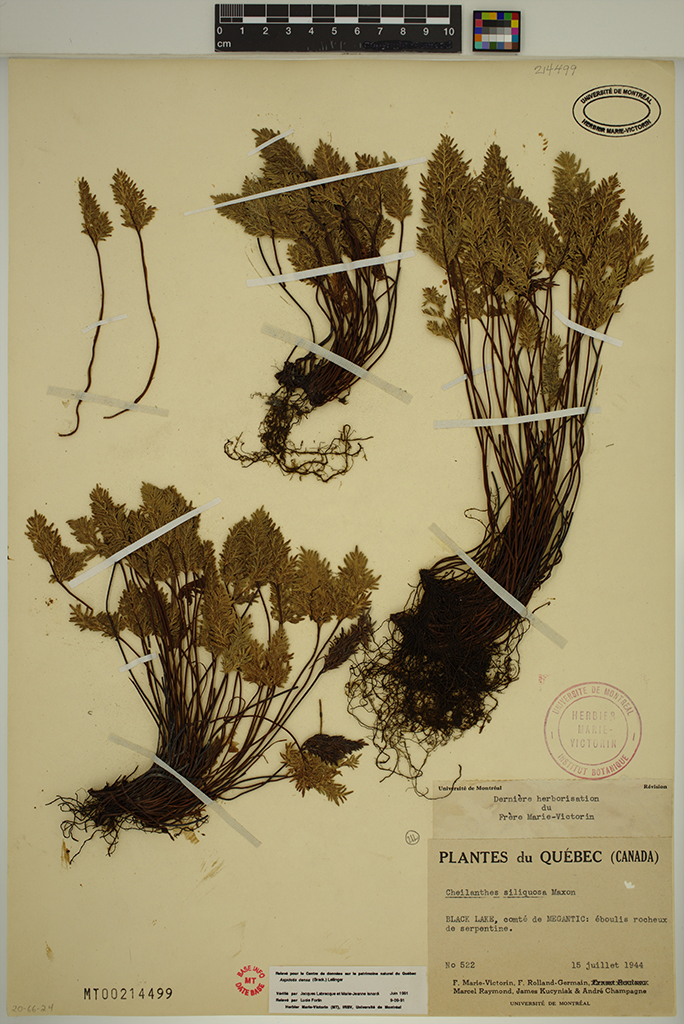 The point of departure for CRVB, is a viral video of a Crab holding a knife. The crab is being simultaneously provoked and recorded on a cell phone video by a human. The VR experience shifts the viewers perspective of the act from the human cameraman to the crab to both suggest an embodied experience as an animal, and also critique the role of the human actor. This work offers the chance to question the human motivation for such an act as well as interrogate the disposable medium of viral video, something so immediate to produce it doesn’t suffer any contextual information such as origins of when and where, or even why was it was produced. As a medium it can be circulated globally instantaneously in a way that no centralized planning can predict, let alone emulate. 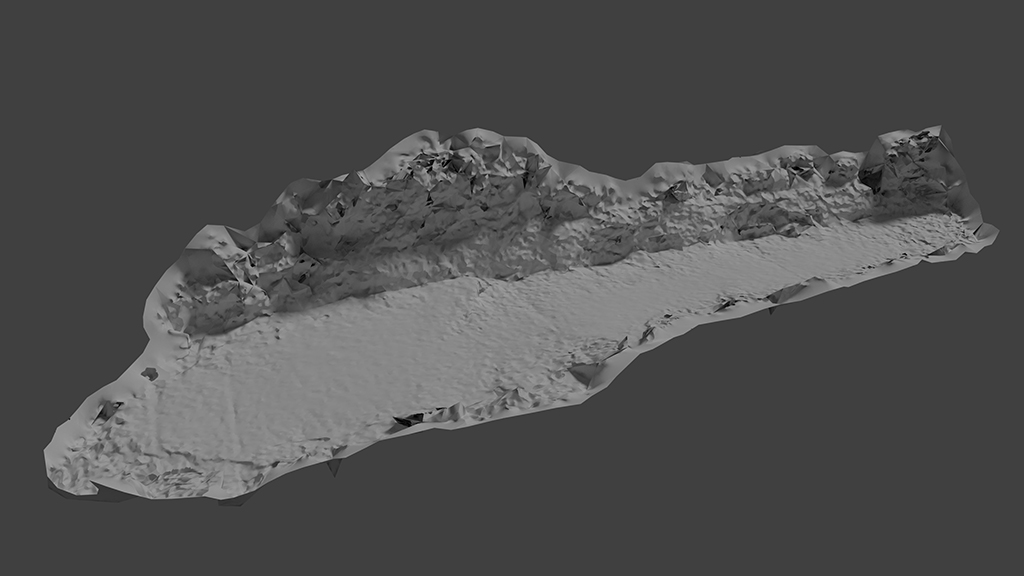