Evamaria Schaller was born in 1980 in Graz and currently lives and works in Cologne. She studied film in Salzburg and Prague (2006) and graduated in 2011 from the Academy of Media Arts Cologne as a postgraduate student in performance art and experimental film. Her work oscillates between performance art, film and installation and has been shown in Austria, Germany, Switzerland, the Netherlands, Belgium, Burma, Thailand, the Philippines, the United Kingdom and China, among others. Schaller is interested in the interaction with site-specific conditions. She deals with social environments and liminal spaces and examines them with her body through clear and simple choices of actions.

Christiane Obermayr works and lives in Cologne. After finishing studies in both dance and massage therapy, she studied fine arts, focusing mainly on performance art and film at the College of Fine Arts in Braunschweig. In 2002, she founded the performance group Ernst Sepia, which led her to do interdisciplinarywork with various artists until 2009. Since 2010, she has worked in different collectives and as a solo artist. Her work arises from everyday observations and objects that she presents in different contexts, and her actions gravitate around touch and connection to others, in a search for the essence of human togetherness, common everyday longing and ambivalence.

Patric Lacasse works as a visual arts teacher at the Cégep de Sherbrooke. In his artistic practice, he directs his interests towards action through gesture in the public space. For the past few years, he has given several workshops on the subject, notably at the prestigious language school of Middlebury University, Vt. He is also co-founder of the world-renowned Montreal event Viva Art-Action, for which he co-commissioned the first edition for the Centre des arts actuels Skol. His performance work has been seen in several international festivals, both as a collective and individually (Germany, China, Korea, Spain, USA). He is also interested in Fait-Maison with whom he organized a two-day meeting including workshops and performances, in the Estrie region. Among his interests for the action of the body in space, he is interested in the multiple correspondences of the act with the presentation space through video, sound and sculpture-installation. His indoor work has been seen in several exhibition centers and artistic events in Quebec. His experiences and engagements with artist-run centers also make him a partner on several boards of directors, notably at the Centre des arts actuels Skol and Sporobole, center en art actuel. He holds a Master’s degree in Visual and Media Arts from UQÀM.

It’s with great pleasure that Sporobole and la Rencontre internationale d’art performance de Québec invite you to an evening of performance art. Starting at 8 p.m. on Tuesday September 27 at 74, Albert Street. Free admission. 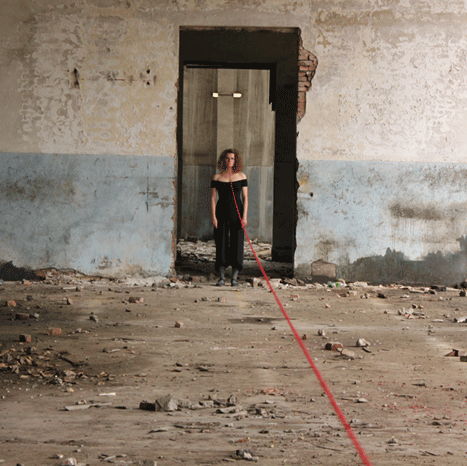 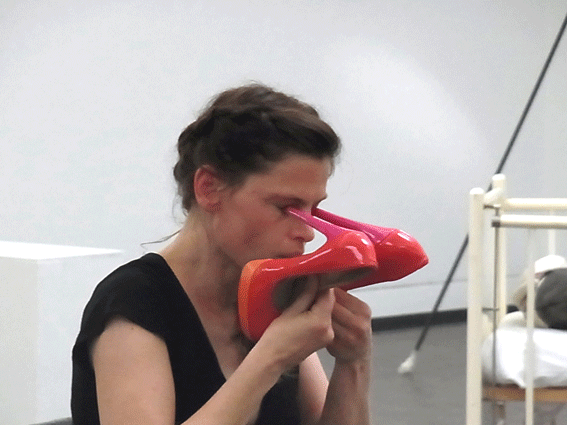 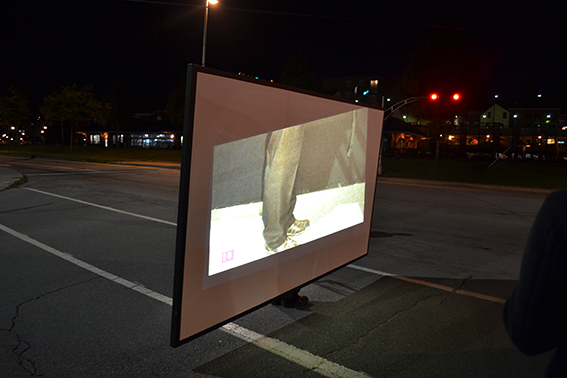 “RiAP in Motion” is a bold strategy that benefits the festival, the invited artists and the partnering organizations all at once. While RiAP benefits from reaching audiences throughout the province of Quebec,the artists are given the opportunity to grasp, experiment with and test Quebec’s
identity and territory, all the while maximizing their reach. This portion of the event also provides a dynamic strategy to the co-presenters who wish to broaden and vary their regular programming, all the while allowing local artists to present their work in various types of events that favour the exchange and sharing of ideas. Both in Quebec City and in the province’s different regions, RiAP has always presented the opportunity to create ties. Indeed, a good number of collaborations and partnerships have seen the day during the event.

For this new edition, the RiAP 2016 will also make the invited artists circulate. Eight artists centers of and cultural organization of Rouyn-Noranda to Chicoutimi, including Trois-Rivières and Montreal, agreed to accompany us in this adventure and will receive the artists of the RiAP 2016 between September 14th and 28th. These organizations are: Atelier Silex (Trois-Rivières), L’Écart (Rouyn-Noranda), Atoll (Victoriaville), Langage Plus (Alma), Le Lobe (Chicoutimi), Sporobole (Sherbrooke), Centre Clark et VIVA ! Art Action.