Herman Kolgen is a multidisciplinary artist who has been recognized for over thirty years for his creations in media arts. He lives and works in Montreal. A true audiokinetic sculptor, he draws his primary material from the intimate relationship between sound and image. Kolgen works to create objects that take the form of installations, video and film works, performances and sound sculptures. In constant exploration, he works at the intersection of different media, developing a new technical language and a singular aesthetic.

Herman Kolgen’s work has been presented at the Venice Biennale, Ars Electronica, Transmediale Berlin, ISEA, Centre Georges Pompidou, BIAN, Nemo Biennale, Sonic Acts, London BFI, Dissonanze, Mutek, Elektra, Sonar, Tapei Digital Arts, Shanghai e-Arts, among others. He has also performed with the Ensemble Intercontemporain de Paris and the Los Angeles Philharmonic. Herman Kolgen is the recipient of several prestigious awards including Ars Electronica, Qwartz, Best Experimental Film Award from the Independent Film Festival of New York and Los Angeles. From 1996 to 2008, he devoted most of his time to the duo skoltz_kolgen. 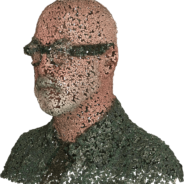 ISOTOPP is a sound and visual installation whose device is powered by data from GANIL, the Grand Accélérateur National d’Ions Lourds located in Caen, Normandy. Following a two-year research-creation residency (2016-2018) at GANIL, where he worked with researchers Jean-Charles Thomas and Thomas Roger, Herman Kolgen conceived the first version of this work broadcast as a performance in 2018 at the Festival Interstices (Caen). Presented for the first time as an installation at EIM 2019, ISOTOPP is a digital and sculptural device that “monitors” the level of radioactivity at GANIL and translates it into luminous influx. Using concrete data, the system emulates the collision of nuclei launched at very high speed, revealing a universe to which we do not normally have access. Relying on an almost infinite amount of data, which activates it and determines its behavior, the work is never the same: the flow of data being itself always changing. ISOTOPP is a connection portal to the infinitely small atom, and questions our relationship to the invisible and intangible – the very thing that links us to the world. 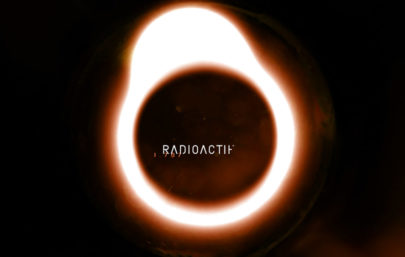