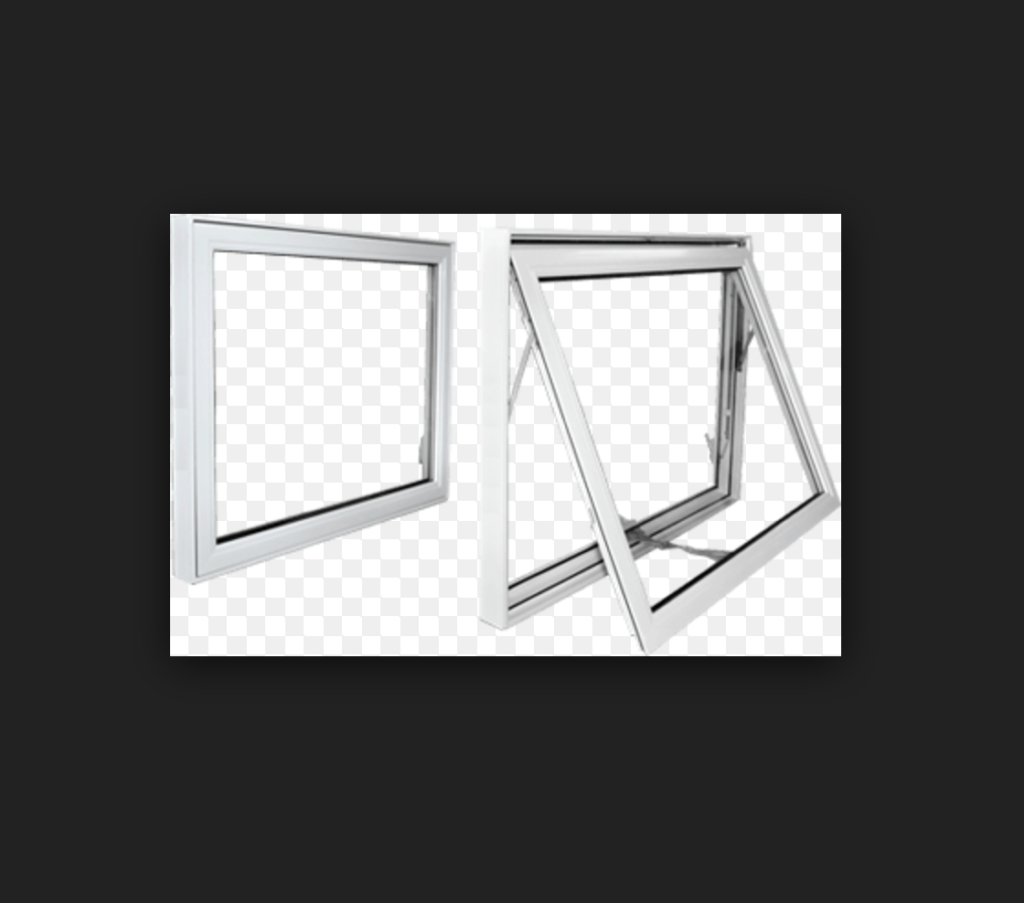 The following text presents the theoretical framework that will guide our further reflections; the definitions of a set of terms that will be used repeatedly; a first reflection on the notion of counter-knowledge and a fragment of observation around the work “Rainbow assembly” by Olafur Eliasson.

About the approach taken

It will be important to keep in mind that the reflection I will feed through this blog – although we have named it “research” – will not be structured by a specific method or theoretical framework. Rather, it will be a reflexive sequence that will attempt to explore, each time, the nature of the art-science relationship that manifests itself through artistic works and practices.

However, we will be attentive to what emerges in the course of these reflections. In this sense, one could speak of a heuristic approach. Not in the sense of a method strictly speaking, but in a broader sense of posture and general disposition. What is sought is to be refined during the research, by the very avenues that this research will take, through a series of observations, analyses and intuitions.

Before continuing, it seems important to us to propose definitions of certain terms that will be frequently used in the months that follow:

Scientific counter-knowledge = what has not been preserved from experience and is not included in the official record, but may or may not contain relevant elements.

Artistic knowledge = the work, i.e. the result of explorations based on the conjunction of know-how involving variable materiality (sometimes technical and/or technological) and aesthetic, conceptual and critical intentions.

Artistic counter-knowledge = that which goes beyond the work itself, coming closer to more than one form of intuition or sensation arising from the singular experience of each visitor.

Knowledge – whether scientific or artistic – is based on reports of experiments or explorations. In both cases it is a form of selection. For the scientist, it is what he will have chosen to preserve of the experience and to include in the report, which are often partial and edited. For the artist, this is what he will have retained from his artistic explorations, whether it is material and/or conceptual content.

Note that in science, knowledge will be extracted from an experiment that must be repeatable in the same way. Art is not constrained to this duty of repeatability, on the contrary artistic knowledge often comes from a singular or unique idea.

Counter-knowledge – whether scientific or artistic – is potential knowledge, either latent (science: involuntarily left behind) or hidden (science: fraudulently forgotten).

First batch of reflections on the notion of counter-knowledge: reflection, intuition and bay window – as well as the formless, several metaphors, the mention of the word UFO and the partial observation of a work

Knowledge can be defined as a body of knowledge. Associated with the word “against”, it is partially transformed into something else: it remains a body of knowledge, but to which we would have access through the reflection of an imperceptibly distorting mirror: resembling, but dissociated and altered, perhaps even inverted.

The inform as a fuzzy form

Against, is a preposition and an adverb used to mark both opposition and proximity: one can fight against someone; one can also press against him.

In the field of art, a counter-knowledge can thus be understood – it is both a hypothesis and a metaphor – as a body of formless knowledge taking one or the other of the preceding postures: whether it opposes it or embraces it, the counter-knowledge presents itself as the false twin – a different double – of an initial set of x knowledge, which are those of the work.

A counter-knowledge opposes the knowledge of a work when, for example, it belongs to irony, sarcasm, derision, black humour. The work of American artist Jordan Wolfson is a social commentary on violence and entertainment in our Western societies. The violent nature of his works may, at first glance, shock. However, it is through this strategy of destabilization that the artist proceeds in order to express – by opposition effect – a critical content on this same violence. The work “Colored Sculpture” (2016) [1] plays very exactly on the territory, sometimes disturbing, of discourse in the negative.

A counter-knowledge embraces a work when, for example, it seems to complete it. Extending the work, it emanates from it as naturally, leaving us with a sense of coherence. A sort of logical continuation of what the work gives us to see, it resonates with it, agrees with it. In my opinion, most of Olafur Eliasson’s works are of this order. An example follows later in this text.

The formless knowledge in question could be translated as follows: a state of pre-knowledge, which seems to be at the edge between intuition and consciousness, or meta-knowledge, in the sense of “going beyond, next to, between or with” (Wiki). Contrary to the meaning given to it by Georges Bataille (Documents 7, 1929), the notion of formless is not understood as pejorative. Inform does not appear here as a threat to the form or order of things and thought. Neither spider nor spit[2], it is initially neutral and indeterminate. Then in a second time, available to receive what can be projected there.

Following these reflections, it would be a question of approaching the counter-knowledge of a work and trying to grasp something of it, of seeking to make contact with the formless that emerges from it (beyond, next to, between or with). Being neither able to see it nor really touch it, grasping the formless could resemble a sensation: the fact of feeling and thus accepting to leave a place to uncertainty and doubt. To feel concretely on the one hand (through the senses), but also in a more abstract way (through intuitions).

However, it is not a question of establishing an esoteric and ethereal relationship with the works. The continuation of this “encounter” with the formless will be to find a way towards language: words can be put on the sensations felt and intuitions, leading to the formulation of more constructed ideas.

In all cases, we must imagine knowledge that does not meet, for example, the usual criteria of science – whether human, social, pure or fundamental – and that is not classified in the same fields or even the same offices. Knowledge that would be used less to build the building’s foundations than to determine the location and orientation of windows, bay windows and other skylights – offering unprecedented perspectives on the world.

The fuzzy shape of a UFO in the distance

From a scientific point of view, counter-knowledge could be similar, for example, to what would not be recorded in the minutes of an experiment. What goes beyond the very circumscribed framework of the stages leading to the result: failures and failures, false tracks and impasses, UFOs in escape. Knowledge that is either unintentionally left behind or fraudulently hidden. It should be pointed out that what falls outside the protocol can also have a very negative resonance. In some scientific circles, it will be understood as an unfounded opinion, an alternative fact that contradicts those that have long been verified, a falsification of the results, a shameless lie. On the other hand, we can also imagine it as the bearer of abandoned avenues of research, whose potential needs to be reconsidered. For now, let’s just keep in mind that there are windows to open on this side.

It is not uncommon to meet works that integrate knowledge from the sciences, while making them say something other than what they convey within the framework of the initial scientific experiment.

Let us take a case in point where art and science meet and generate an essential dialogue together. The works of the Danish-Islandish artist Olafur Eliasson are often presented as artistic situations of optical games where light, water and atmospheric conditions are the raw materials. The work “Rainbow assembly” (2016), for example, highlights a natural phenomenon – which can be repeated at will in the form of a scientific experiment – in which water is diffused into space in the form of steam, which corresponds to one of the phases of water transformation. Misted and presented in a dark room, water vapour forms a barely perceptible screen. It is through the projection of a light source on this screen that the phenomenon becomes visible: a veil of red, glittering and undulating rainbows. One of the characteristics of Eliasson’s works is the fact of exposing the machinery behind the phenomenon. As we approach, we discover the sprinklers and projectors on the ceiling. This is not about Eliasson creating magic and illusion, but rather about demonstrating how reality is constructed – which is also what science does.

In the case of “Rainbow assembly”, the work demonstrates scientific knowledge on the one hand, then on the other, it goes beyond this knowledge by telling us about the ephemeral quality of our perception of the world, the appearance of things and their condition of visibility, time and space as a condition of emergence, the diffuse sensation that can be derived from a contemplative experience. The counter-knowledge generated by the work lies in the in-between of the knowledge we have of the world: invisible in the counter-alley, yet very present; in counterpoint of the central knowledge, but nevertheless in resonance or dissonance. It helps to nuance our vision of the world – a vision through which we contribute, in turn, to making the world what it is. From this point of view, there is a retroactive loop between knowledge and counter-knowledge, which do not circulate in a vacuum. On the contrary: each eye contact between the work and the public is an opportunity to escape to the world.

3] Lat. pop. *sapēre, alter. of the class. sapĕre absol.” to have taste, taste, perfume (when talking about things)” and “to have taste, discernment, to be wise (when talking about people)”, which, when used transitively, meant “to know oneself (in something), to understand, to know”[…] the original meaning of Latin lived in the old language, where to know, to use, absol., meant “to feel” and “to please” the xives xiieau. (see T.-L. and Eustache Deschamps, Works, ed. G. Raynaud, vol. 9, p. 51) – via the CNRTL’s online dictionary.