Following her two-month residency, Austrian artist Katharina Anna Loidl presents the results of her plastic and conceptual research, which has been influenced by her experience of winter in the province of Quebec.

The cold season paints the natural and urban landscapes in black, white and greyscale colours, while bringing up a special state of sensory perception. Based on the idea of winteriness, several works have been created by Katharina Anna Loidl during her residency at Sporobole throughout the coldest month of the year. The artist takes on these conditions and transfers them in an abstract formal language, recombining space and surface. In recent works, paper appears as a recurring material in various forms. In continuing this practice, artworks made out of paper have been created. The exhibition with the entitled POLARIS showcases an overview of a seven-week working process that combines a series of photographs, objects and a conceptual and poetic installation.

Spatial issues, territorial tensions, irritations of everyday life and a skepticism of apparent realities are the topics of her conceptional working method. Photography, video and sculpture, proposing a closed system of visual and poetic interconnectivity are constituting a suggestive narrative through formal, aesthetic, and conceptual associations. A photographic assemblage of urban and natural landscapes will serve as starting material for three-dimensional sculptures that will deal with a fractal design language with a reinterpretation of space and shape.

Sporobole and Katharina Anna Loidl would like to thank the Sherbrooke Nature and Science Museum for the warm welcome and collaboration on this project. Special thanks to Serge Gauthier, Conservator, and Marie Chapdelaine, Collection Technician, who assisted the artist.

Artist and studio-apartment residency exchanges
between Québec and Upper Austria

Given the importance the Québec government accords to creating lasting cultural ties with Upper Austria, in 2014 the Conseil des arts et des lettres du Québec (CALQ) concluded a two-year partnership agreement with the State Government of Upper Austria to create an exchange program of studio-apartments and studios for creation and resourcing for the visual and digital arts. These residencies are intended to promote the creation of durable bonds and the cross fertilization of approaches between artists from Québec and Upper Austria, thus fostering their artistic development.

In the context of this exchange, a Québec artist can reside for a two-month sojourn in one of the nine studios included in the Atelierhaus Salzamt international artists residency space in the City of Linz and an artist from Upper Austria can take advantage of a creation residency of the same duration at the SPOROBOLE centre, in Sherbrooke. 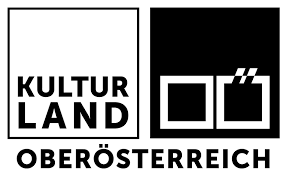